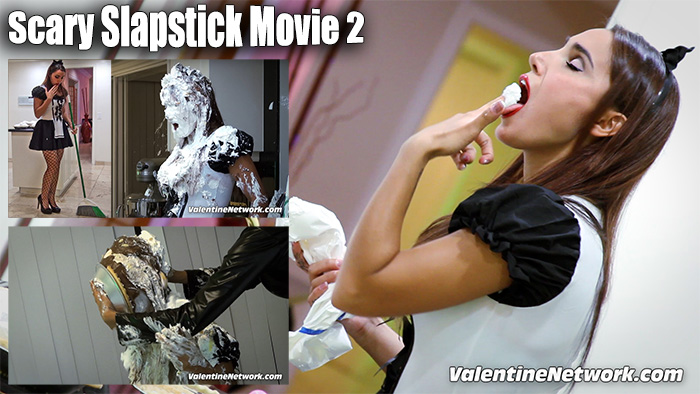 Mya is the new maid at the mansion where a mysterious intruder famously did unspeakable things last year. The intruder got away last year and is still on the loose. To make matters worse, a strange message was printed in the classified section of the newspaper. It was a warning, apparently written by the intruder! The message said that on this anniversary of the pie attack, every household maid must spend all night making pies of face the consequences. The intruder warned that he would haunt the whole town in search of those households not baking pies all night and exact a punishment for those that do not heed the warning!

Well, poor Maid Mya has been instructed by the frightened owners of the manor to stay up all night and make pies all alone. Unfortunately she soon puts down the whipped cream and resumes sweeping the floor instead of making pies all night. She will face the messy wrath of the intruder!